Board Games and Card Games: Leading the Learning Game Field in 2018

According to an article in The Atlantic titled “The Invasion of the German Board Games”, U.S. sales of board games grew by 28% between the spring of 2016 and the spring of 2017 and revenues are expected to rise at a similar rate into the early 2020s. In fact, in 2017 over 5,000 board games were introduced into the U.S. market according to an article in The Washington Post titled “Board Game Nights are having a Moment.” Here’s how to join in.”

Meanwhile, the much larger but slower growing video game market only had an 18% growth rate according to the The NPD Group and Entertainment Software Association (ESA).

Game shop owner, Kathleen Donahue, is quoted in The Washington Post article indicating that non-digital games provide a framework to interact with people in an easy manger, the rules have already been set up so people can be in a social situation and relate to others in a non-superficial level. This type of framework and sensibility is exactly what some learning and development organizations are looking for as they attempt to design learning activities that focus the learner’s attention and allow the leaners to interact with each other and the subject matter in an impactful manner.

Many people think of card games as being simplistic or basic like the classic game “Go Fish” but it is possible to create sophisticated and elegant card games that encourage conversation and that even act as a type of “disguised” role-play.

As an example, I know of several organizations and clients using a card game we’ve developed to teach and reinforce sales skills. The “generic” name of the card game is Zombie Sales Apocalypse™ but the name and nature of the game has been customized in several instances. The Zombie Sales Apocalypse™ card game consists of challenge cards and scenarios cards and can be customized to meet the individuals needs of an organization. 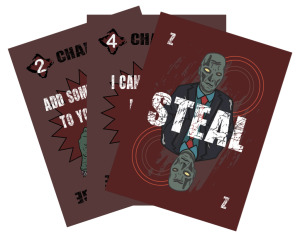 In the basic game framework, players alternate between presenting a response to a specific sales situation and challenging other player’s responses. One organization even created a “betting” mechanism where the players bet on the “correctness” of their response.

The card game is, in essence, an opportunity to practice the application of sales skills without having to evoke the “dreaded” role-play exercise. The outcomes and learning opportunities resulting from the game are similar, and in some cases better, than a pure role-play exercise. And, as a bonus, sales folks have been seen using the card deck in the hotel bar after the training has ended for the day (although, I can’t guarantee it was exactly played the same way after hours as during the official training hours—but I still think learning, rich connections and insightful answers were occurring).

One organizational leader indicated she chose a card game over a digital game because cards games are better at encouraging robust conversations, making connections among players (employees) and creating a deeper understanding of the nuances involved with a sales interaction. The leaders of the organization felt the tangible nature of the card game, the social interactions of the game and the tactile nature of a card deck given to each sales person provided a powerful environment for learning, reinforcement and retention.

From the development perspective, it’s much easier to customize a card game or board game than to customize a “generic” online learning game. It’s also easier to experiment with game dynamics and mechanics until the right combination is discovered through interaction and playtesting of card games. 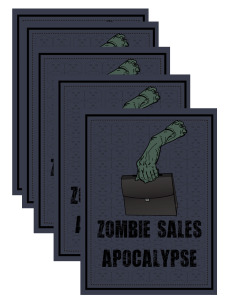 Card games also provide a tangible “take away” from a large event and, if designed properly, the games can be modified to be single player focused allowing the learners to keep practicing with cards even if no group of fellow players is available…but it’s almost always more fun with a group.

We are not talking about the adaptation of the usual suspects like Monopoly or Trivial Pursuit. Rather the creation of board games for learning that leverage the sensibilities from off-beat and innovative games such as  Settlers of Catan (now called simply Catan), Forbidden Island and Pandemic to name a few. Games that encourage critical thinking, prioritization of action and optimization of limited resources. Issues faced by managers, executives and all levels of employees on a daily basis. Issues isolating and alienating managers, supervisors and leaders. Carefully crafted board games can break through the isolation and let organizational leaders, managers and supervisors know they are not alone in these challenges while simultaneously teaching skills related to resource allocation, prioritization and critical thinking. Board games can provide insights into systems thinking that are hard to achieve through conventional instructional methodologies.

Board games, like card games, have a social component and a leveling effect. When you play a game, everyone starts at the same level, no one has a distinct advantage and everyone can have an equal opportunity at success.

Looking at so-called Eurogames or German-style board game provides as they are sometime called provides a rich, complex and multifaceted game tradition that can be easily mined for the creation of learning games. Some of the concepts from these games include elements such as:

In a world where people are feeling more and more isolated and alienated due to being constantly connected to digital devices and show less and less empathy and connection to fellow humans, a board game or card game provides a connection.

As you consider methods of creating engaging and meaningful learning experiences, seriously consider the use of board and card games. They are often less expensive to develop than digital games, offer a great deal of flexibility and are a wonderful tool for teaching higher level thinking skills, practicing sales pitches and bringing together different areas of the organization.

Here are links to the games mentioned in the article.

The Invasion of the German Board Games

The rise and rise of tabletop gaming

Playing Games at a Tech Conference: A Game of Phones Reviewed

Board game nights are having a moment. Here’s how to join in.