By now you may or may not know that I have co-founded a new company called 2KLearning (from lack of backers, I am assuming you don’t know). You can learn about the “seemingly DOOMED” campaign here.

The goal of the company is to create innovative video game-based and hands-on maker faire-based learning experiences for middle school students.

We’ve created some really cool content based on six years of research funded by the National Science Foundation (NSF). We’ve taken the lessons learned and started our own company. We’ve created some product based on our own sweat equity and we started a Kickstarter Campaign to help fund pilot tests of the product in schools. 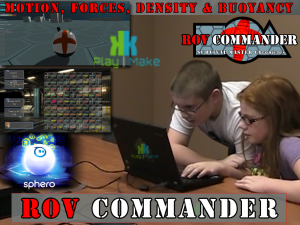 However, 26 days into the campaign and we’ve only raised 1/5 of the amount we had hoped. So, in the spirit of continual learning, here is a list of my lessons learned. Hopefully, you can avoid some of the mistakes I’ve made. (However, I’d still do it again even with the same outcome because I did learn a lot.)

All your friends will be willing to share, like, tell their friends and shout about your campaign. However, only in rare situations will they actually back your Kickstarter campaign. Sharing is easy, it feels like it is helping, it seems like a good thing to do…tell others and they’ll fund their friends campaign. NOT the case. The people who see the shared link don’t feel compelled to back the campaign. So, it’s great to have lots of shares and stuff but you can’t just rely on friends to see your link and instantly donate. (but they will instantly share.)

You actually need to send direct messages to people and ASK them to donate. I realized this lesson way, way too late. I was trying to be coy or polite and not come directly out and ask for the sale (oh, a million of you are saying…you should know better…sales 101). I get it. I should have known. My advice to you is directly email people and ask for a donation. Otherwise, they will gladly share your link but never pledge a dime.

Offer something people can touch or receive in the mail. Ironically, just as we launched our campaign, the Exploding Kitten’s thing took off. One of the most successful Kickstarter projects ever. They had a tangible product. We were offering a chance to back a pilot program, not as interesting, nothing to ship, no game to play. We will still send you the game we developed but, somehow, I feel like we “buried the lead.” (I did purchase 2 copies of Exploding Kittens…looks really cool and it comes in the real mail.)

There are some people on Kickstarter who just fund a little bit of a whole lot of projects. These people are awesome! I am not sure if they just want to be part of a successful project, they are independently wealthy or they just like to help people out but several folks gave small but meaningful donations to the project and when I went and looked on their Kickstarter page, they do the same to lots of projects. I am going to be that person one day, that was great! Thanks to those folks.

Kickstarter does not separate friends from others. Just because someone does not contribute to your Kickstarter campaign doesn’t mean you should unfriend them on Facebook or anywhere else. There are lots of reasons why they choose not or can’t fund you. Don’t use Kickstarter as a barometer of friendship…that’s just dumb.

Avoid the “one dollar from a million people equals a million dollars” myth. So, at first I thought that if we could just get 1,000 people to donate $5 we’d easily have our $5,000. It totally doesn’t work like that. You need to put in some heavy lifting and you, personnally have to ask 4,997 people, three random people will donate but you need to get the rest yourself.

A Kickstarter campaign is a full-time gig. Ok, it takes lots of work to send personal emails, to post daily (or multiple times a day) and to let people know about your campaign. Don’t go into this if you have limited time. You won’t be successful.

Asking people for money is not that much fun. So you have wonderful idea and think it will have a major positive impact on life or, in my case, education. But asking for money for the idea and hoping they will instantly see your vision as well…isn’t enough. You need to shamelessly ask for the backing, ask for the money.

Ok, those are my lessons learned on my seemingly DOOMED Kickstarter campaign, why “seemingly doomed”? Because there four day left and my one last lesson learned is to keep asking until the meter stops running.

So, if 400 people reading this post just donated $10 to ROV Kickstarter Campaign . We’d make it!!!! (ok so maybe I didn’t learn all those lessons above, I still have some learning to do.)

PLEASE take ten minutes and $10 and donate, we’ll send you cool stuff, recognize you and be eternally grateful (or at least grateful until my next Kickstarter campaign!)