We all intuitively know that when we hear or read a story, we often will mentally “act out” various aspects of the story and vividly visualize what is happening within the story. Well, it turns out that there is empirical evidence to suggest that we actually do “act out” the story at some level in our brains or, at least, in the regions of the brain associated with aspects such as processing goal-directed human activity, navigating spatial environments, and manually manipulating objects in the real world. 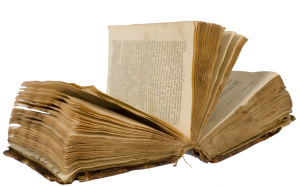 Research reported in the journal Psychological Science—a peer reviewed monthly journal and the highest ranked empirical journal in psychology—indicates that reading stories activates neural presentations of visual and motor experiences. These results suggest that readers dynamically activate specific visual, motor, and conceptual features of activities while reading about similar activities in the context of a narrative.

The research study titled “Reading Stories Activates Neural Representations of Visual and Motor Experiences” appeared in the August 2009 issue of the journal. A team of researchers from Washington University in St. Louis conducted an experiment with 28 participants who were right-handed and native English speakers. The process consisted of the participants reading a story phrase by phrase and the researchers scanning areas of the brain with a 3-T Siemens Vision MRI scanner to observe whether or not corresponding brain activities occurred.

What they found was when a person reads about certain activities in a story, the areas of the brain associated with those activities are activated. The research found that different brain regions track different aspects of a story. If the character moved, the corresponding region of the brain for physical movement became active. Some of the regions activated mirror those involved when people perform, imagine, or observe similar real-world activities.

For example, changes in character goals were associated with increased activation in the prefrontal cortex. It is believed that this area of the brain is related to goal setting because damage to this area typically results in impaired knowledge of the typical order and structure of daily goal-directed activities.

When characters reached for or grasped items, the regions whose activity increased for character-object interactions included several regions considered part of the human grasping circuit.

These results support the view that readers understand a story by mentally simulating the events in the story world and updating their simulation when features of that world change.

Here is the abstract from the study.

To understand and remember stories, readers integrate their knowledge of the world with information in the text. Here we present functional neuroimaging evidence that neural systems track changes in the situation described by a story. Different brain regions track different aspects of a story, such as a character’s physical location or current goals. Some of these regions mirror those involved when people perform, imagine, or observe similar real-world activities. These results support the view that readers understand a story by simulating the events in the story world and updating their simulation when features of that world change.

What this Means to L&D Professionals

So what does this mean to L&D professionals? I am not sure we can make any definitive conclusions but it does seem to suggest that storytelling is a great way to build neuropathways related to activities like goal setting or physically manipulating an object.

I think the one of the things we can do as a result of this research is to consider using stories in learning because stories may help the learners to “mentally rehearse” what they are reading about or hearing in stories. Use stories to tell people how to do physical activities like inspecting a package or a bridge because the mental areas of the brain that are required to do those types of activities will be activated by the stories.